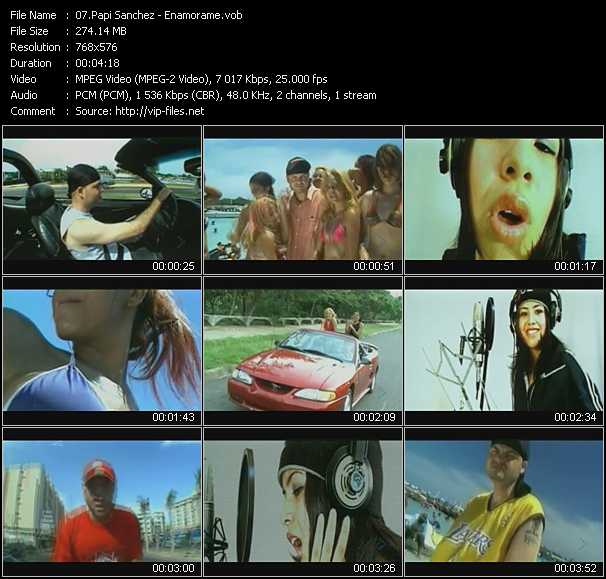 DVD: Best Of Reggaeton Plus Vol.3

Robert José de León Sánchez was born on October 18, 1975 in Santo Domingo, Dominican Republic. His inclination towards music, like all great musicians, started at a young age. His mother remembers when he slept with the radio on. Without a doubt, These were the first signs of what was to come. At 14 he took an interest in hip hop, as a member of two groups: “MC Conexcion” and “Escuela Peligrosa". Four years later he worked as a recording engineer at the local radio station, finishing his radio career as program director for KQ 94. His time in radio enabled him to view music from a new perspective. So in 1996 he formed the group “FDC”, whose style is similar to “Proyecto Uno”. Although the group did not last very long, they gained local fame due to their single “Subeme El Volumen”. From this experience Robert Sanchez was able to do small guest appearances as a rapper. He has recorded with Christopher Valoy (“Cama Y Mesa”), Sexappeal (“Mamajuana” and “Eres Todo Para Mi”), Cuco Valoy (“Pagina Gloriosa”), Adalgisa Pantaleon (“La Masacre”). In January 2003 a new artist is born. The birth of “Papi Sanchez” could not wait any longer, so he decided to present the industry with a new vision that would revolutionize merengue. His debut entitled “Yeah Baby” is a blend of different styles due to production by Amarfis, Ramon Orlando, Niki Catarey, and Hamlet Vargas.