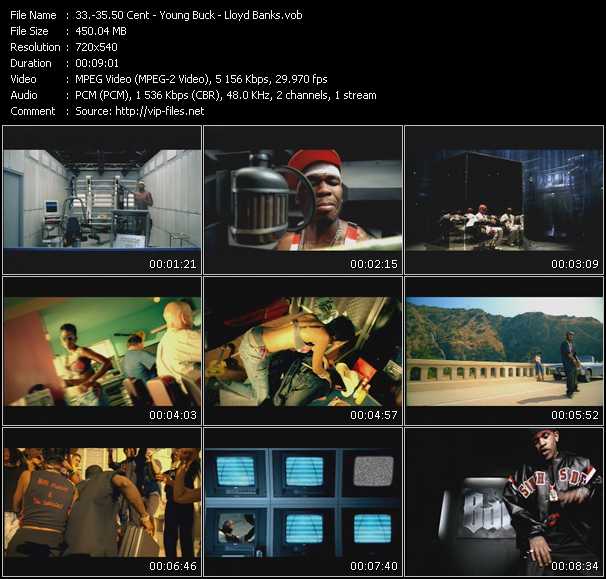 Other Latin-Music Videos of 50 Cent

Wisin And Yandel Feat. 50 Cent video Mujeres In The Club

Curtis James Jackson III (born July 6, 1975), better known by his stage name 50 Cent, is an American rapper. He rose to fame with the release of his albums Get Rich or Die Tryin' and The Massacre. Both albums achieved multi-platinum success, selling over eleven million copies combined. Born in South Jamaica, Queens, 50 Cent began drug dealing at the age of twelve during the 1980s crack epidemic. After leaving drug dealing to pursue a rap career, he was shot nine times in 2000. After releasing his album Guess Who's Back? in 2002, 50 Cent was discovered by rapper Eminem and signed to Interscope Records. With the help of Eminem and Dr. Dre — who produced his first major commercial successes — he became one of the world's highest selling rappers. In 2003, he founded the record label G-Unit Records, which signed several successful rappers such as Young Buck, Lloyd Banks, and Tony Yayo. 50 Cent has engaged in feuds with other rappers including Ja Rule, The Game, Fat Joe and most recently Rick Ross. He has also pursued an acting career, appearing in the semi-autobiographical film Get Rich or Die Tryin' in 2005, the Iraq War film Home of the Brave in 2006, and Righteous Kill in 2008.

Born: April 30, 1982, New Carrollton, Maryland Lloyd Banks was raised in Jamaica, Queens by his Puerto Rican mother--his father spent much of his son's childhood behind bars. Like many young men, he found solace amidst the poverty and ruin of his community through ghetto poetry and the work of rappers like Big Daddy Kane and Slick Rick. He dropped out of high school at the age of sixteen, finding the structured environment a hindrance to his developing talent for rhyming. After appearing on numerous local "mixtapes", Banks, along with childhood friends Tony Yayo and 50 Cent formed a crew called G-Unit, a group that proceeded to redefine the term "street marketing" with a series of self-released albums that included original numbers and quality artwork. Banks stayed on with 50 Cent, appearing on the artist's--now classic--2003 debut Get Rich Or Die Tryin', November of that same year saw the release of G-Unit's Beg For Mercy. His long awaited solo debut for G-Unit/Interscope Records, Hunger For More, was released in June 2004. His second album, Rotten Apple, was released in October 2006.