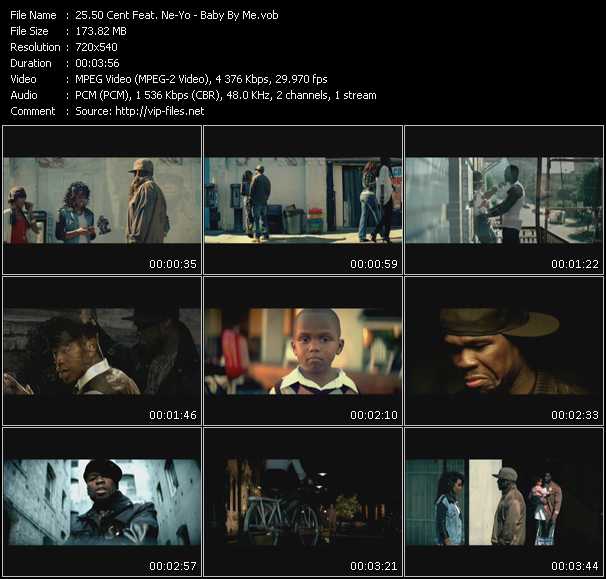 Baby By Me
MPEG-2 video VOB

Other Latin-Music Videos of 50 Cent

Wisin And Yandel Feat. 50 Cent video Mujeres In The Club

Curtis James Jackson III (born July 6, 1975), better known by his stage name 50 Cent, is an American rapper. He rose to fame with the release of his albums Get Rich or Die Tryin' and The Massacre. Both albums achieved multi-platinum success, selling over eleven million copies combined. Born in South Jamaica, Queens, 50 Cent began drug dealing at the age of twelve during the 1980s crack epidemic. After leaving drug dealing to pursue a rap career, he was shot nine times in 2000. After releasing his album Guess Who's Back? in 2002, 50 Cent was discovered by rapper Eminem and signed to Interscope Records. With the help of Eminem and Dr. Dre — who produced his first major commercial successes — he became one of the world's highest selling rappers. In 2003, he founded the record label G-Unit Records, which signed several successful rappers such as Young Buck, Lloyd Banks, and Tony Yayo. 50 Cent has engaged in feuds with other rappers including Ja Rule, The Game, Fat Joe and most recently Rick Ross. He has also pursued an acting career, appearing in the semi-autobiographical film Get Rich or Die Tryin' in 2005, the Iraq War film Home of the Brave in 2006, and Righteous Kill in 2008.