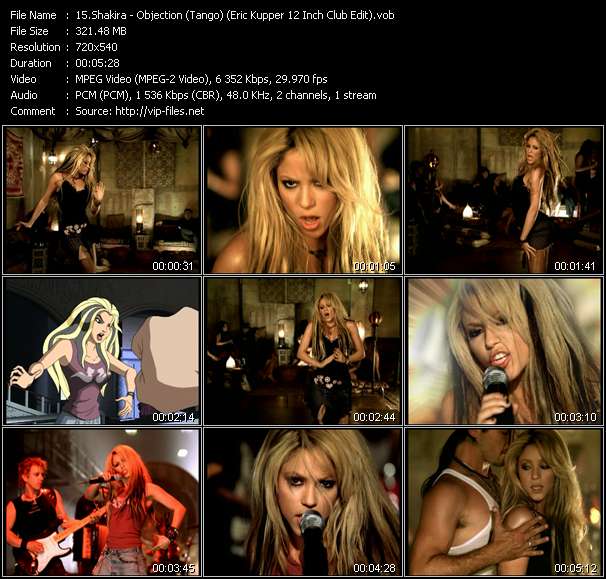 Other Latin-Music Videos of Shakira

Shakira video Whenever, Wherever (Remix)

Shakira Feat. Lil' Wayne video Give It Up To Me

Colombian pop singer, born on February 2, 1977 to a Colombian mother of Spanish-Italian descent and an American father of Lebanese-Italian descent. Shakira is known for a high IQ and is fluent in Spanish, English, Italian and Portuguese. Writing songs and belly-dancing since childhood, her first album was released when she was a mere 14 years old. Other Spanish-language albums followed, each faring better than its predecessor, but it was not until 2001 that she achieved a world-wide breakthrough with the English-language "Laundry Service" album.