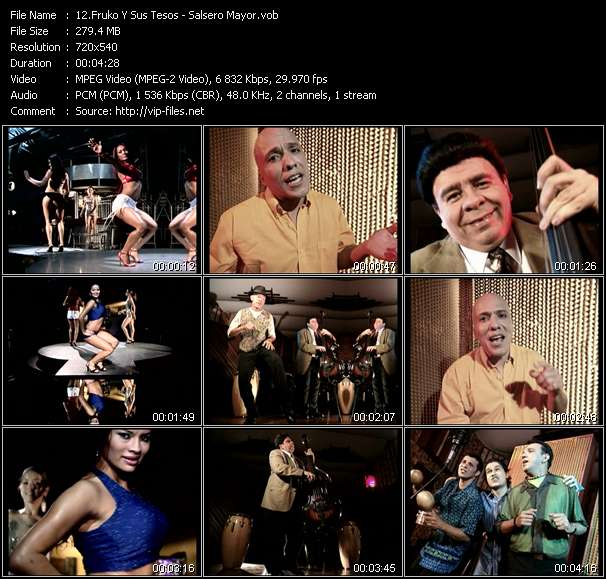 Fruko y sus Tesos is a salsa group from Colombia which enjoys immense popularity throughout Latin America and the United States. Julio Ernesto Estrada ‒ or "Fruko" as he is artistically known ‒ formed the group in 1970 and modeled it after the New York City salsa sound of the Fania All-Stars, one of the leading salsa groups at the time. A favorite of salsa and Latin soul deejays around the globe, many refer to Fruko y sus Tesos as one of Colombia's most important exports. Among the group's best-known hits are "Barranquillero Arrebatao", "Cachondea", "Cali De Rumba", "Charanga Campesina", "El Patillero", "Los Charcos", "Pura Candela", "Tania", and "El Preso" ‒ the latter being one of Colombia's most popular songs. Prominent former members have included Joe Arroyo who joined Fruko y sus Tesos in 1973 and performed lead vocals for the group for several years before embarking upon a solo career, and Wilson "Saoko" Manyoma who provided lead vocals on some of the group's most important tracks such as "El Preso" before also leaving to pursue a solo career.