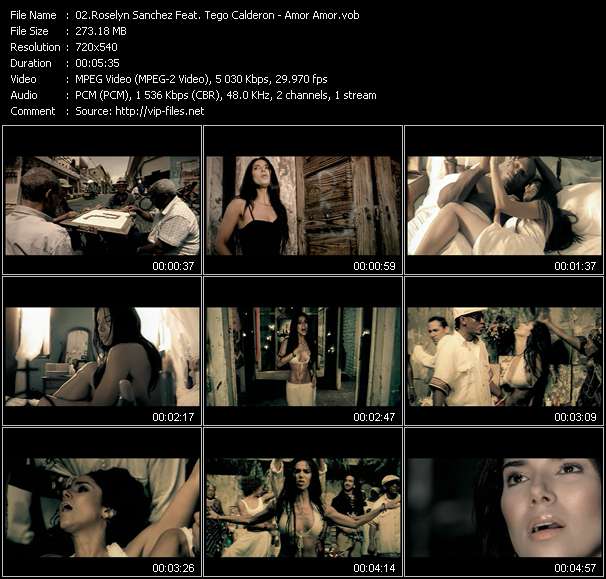 Other Latin-Music Videos of Roselyn Sanchez

Puerto Rican hip-hop/reggaeton artist born February 1st, 1972 in Santurce, Puerto Rico, performing with lyrics in Spanish. Born in Santurce, Tego was raised in Miami, Florida, the United States of America where he attended Miami Beach Senior High School. Moving back to Puerto Rico he got involved in the local hip-hop scene in the early nineties. In 1999 he signed with longtime friend Eddie Dee's label and in 2000 released his first hit " En Peligro De Extincion" a collaboration with Eddie on his album "El Terrorista De La Lirica". He has since moved on to become one of the most influential artists in Reggaeton releasing several albums and singles in the process.