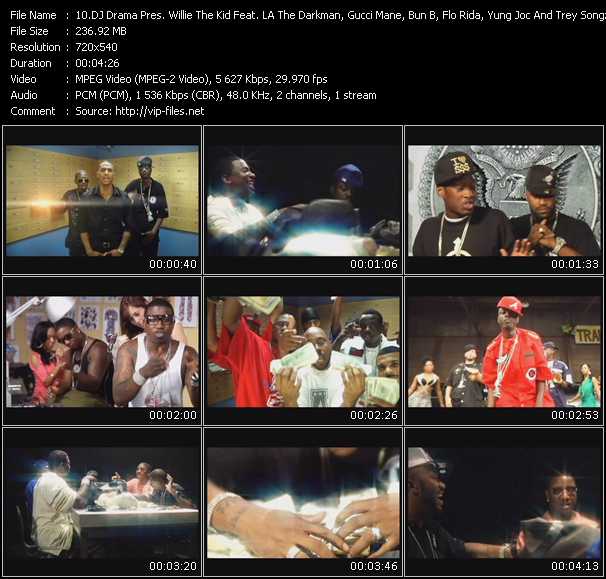 American rapper born February 12, 1980 in Bessemer, Alabama. Founder and CEO of 1017 Brick Squad Records. Born in Bessemer, a Southwestern township of Birmingham, Alabama, Gucci Mane relocated to East Atlanta in 1989 with his mother. In the early 2000's he helped to pioneer the style known as Trap Music, together with artists such as T.I. and Young Jeezy.

Bernard Freeman (born March 19, 1973), is an American rapper better known by his stage name Bun B. He is best known as one half of the southern rap duo UGK (UnderGround Kingz), a group he formed in 1987 alongside Pimp C. Aside from his work with UGK, Bun B has released four solo albums, including 2010's Trill OG, which received the rare 5 mic rating from The Source. He is also a guest lecturer at Rice University, located in Houston, Texas.

Tyree Simmons (born April 22, 1978), professionally known as DJ Drama, is an American DJ, record executive and music promoter from Philadelphia, Pennsylvania. He initially gained recognition as the official DJ for Atlanta rapper T.I.. He is perhaps best known for hosting several mixtapes, most notably his successful Gangsta Grillz series. He is also known for doing the Dedication series with New Orleans-bred rapper Lil Wayne, with The New York Times calling Dedication 2 one of the "10 Best Recordings of 2006". DJ Drama along with DJ Sense, founded Aphilliates, in 2003. The Aphilliates signed a joint venture deal with Asylum in 2006. As of January 2011, The Aphilliates now operates as its own entity, due to DJ Drama recently cutting ties with La the Darkman and Embassy. In December 2007, Drama released his first studio album, Gangsta Grillz: The Album, under Atlantic, as well as T.I.'s label, Grand Hustle Records. His second album was the sequel Gangsta Grillz: The Album (Vol. 2), which was released in May 2009, under Atlantic and Grand Hustle. After leaving Grand Hustle and Atlantic to focus on Aphilliates Music Group, Drama released his third album Third Power, under E1 Music and Aphilliates. In October 2012, Drama released his fourth album Quality Street Music, under E1 and Aphilliates. In January 2014, it was announced that DJ Drama was the new A&R for Atlantic Records. On July 22, 2016, he released his fifth album Quality Street Music 2.

Rapper from Chicago, younger brother of La The Darkman.

Considered as the Wu-Tang Clan's 12th member, La was raised in Brooklyn, New York, and is now based in Atlanta, GA. As a kid, he hung around the clan and was given a chance to rhyme on his own. He further worked on the Gangsta Grillz series and runs his own label. He is also Willie The Kid's older brother, a fellow rapper who was raised in Chicago, IL. Both brothers are currently signed to AMG (Aphilliates Music Group). A production company run by The Aphilliates.