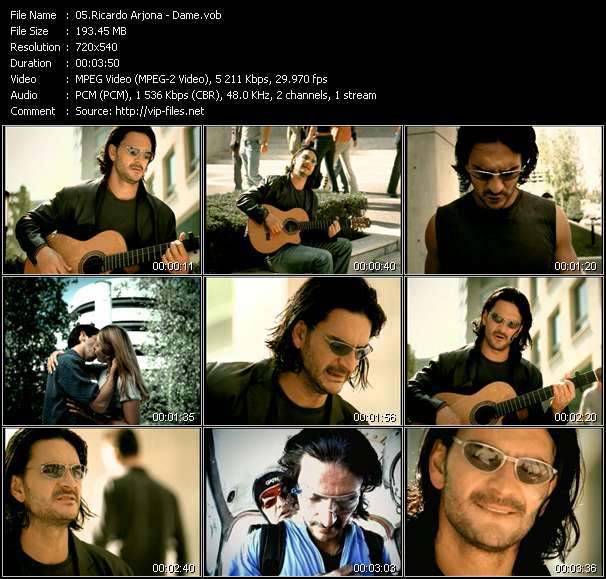 Other Latin-Music Videos of Ricardo Arjona

Singer/songwriter born 19 January 1964 in Jocotenango, Sacatepéquez, Guatemala. After his first release "Déjame Decir Que Te Amo" he took a break from the music business and started a career as a basketball player. He only returned as a musician in 1990 with his second album "Jesús, Verbo No Sustantivo". Ricardo Arjona has won two Grammy Awards from three nominations: The 2007 Grammy for Best Latin Pop Album and the 2006 Latin Grammy for Best Male Pop Vocal Album, both for his album "Adentro".