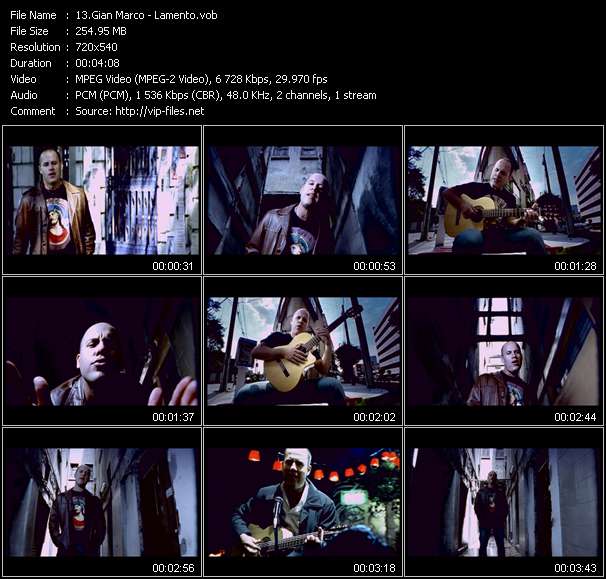 Other Latin-Music Videos of Gian Marco

Gian Marco is a Peruvian singer and songwriter, born August 17, 1970, and multiple Latin Grammy laureate. He is son of peruvian singer and songwriter Joe Danova and Peruvian actress and singer Regina Alcover. Due to his familiar environment, he was introduced into an artistic life very early. At the end of his adolescence, however, Gian Marco started a career as designer in Santiago de Chile. In 1989, he changed his career by own idea, to become a singer and songwriter. The career was a huge success internationally, until 2013 he was nominated 10 times for the Latin Grammy award and he won it three times, in 2005, 2011 and 2012 for best singer-songwriter album. He is known to have worked together with Emilio Estefan, Jr. as songwriter for some songs of Miami Sound Machine.